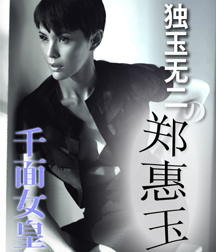 I saw on tv starting in May there will be a beauty and fashion programme on ch 8 hosted by the 2 hosts above and there will be an episode with Zoe and Fiona as guests, duno which episode, if anyone knows pls update ok? tKS.

According to 8 days, Zoe and Fiona will be guests on the 1st episode of the programme called Ladies Nite, not sure if it is Ch U or ch 8. Do look out for it and dont miss it!

"Ladies' Nite": 90 minutes of goodness just for her

SINGAPORE: Channel U will make Singapore television history when it airs the debut episode of "Ladies' Nite", Singapore's first-ever 90-minute magazine talk show series, on May 3.

Veteran television hosts Michelle Chong and Vivian Lai helm the show, which aims to provide viewers with health and beauty tips, impart cooking skills as well as share fashion knowledge that will turn any Plain Jane into a sexy fashionista.

"Variety shows of this length are relatively common in Taiwan and other countries, with some even stretching to two hours.

"The key is having good content to keep the audiences interested, which we have, so I am not worried," Goh declared in an interview with channelnewsasia.com.

Just why is she so confident?

Goh revealed that "Ladies' Nite" not only provides its audience with useful information, but will also offer a rare peek into the private lives of celebrity guests like Jesseca Liu, Caldecott Queen Zoe Tay and former actress Fiona Xie when they appear on the show and interact with the hosts.

"For example, when we talk about sleep quality in one episode, we asked our celebrity guests to demonstrate how they sleep so our sleep experts can critique their sleep posture and teach them how to get a better night's sleep.

"We get them to bring and talk about their own pyjamas and pillows etc. from home so audiences can see a different side of them and gain some insight into how they really live," Goh explained.

"This is not a formal sort of show, we are more spontaneous.

"There are no rules," Chong said, pointing out that the show's longer than average duration - similar shows in the past were only an hour long - meant that the hosts had more time to speak with their guests about anything and everything, which in turn makes for a more entertaining show.

Lai felt that the episode with Xie coming on as a guest was a good example of this.

"Fiona Xie hasn't appeared on television for such a long time, so when she turned up for the shoot, the first thing that came to my mind was 'Is she short on cash?', said Lai in a recent interview, as Chong laughed on the couch beside her.

"Because I mean, didn't she go off to become a tai tai (wealthy lady of leisure)? It turns out she comes back to Singapore quite often but we didn't know about it."

"We asked her a lot of tough questions and, because she turned up during our special episode on handbags, we did a spot check and rummaged through her bag!" added Lai, explaining that all this would have been impossible due to time constraints in a traditional 60-minute show.

"If you want to know more about what her life is like nowadays and what we found in her bag, you'll just have to tune in!"

Guys are welcome too

While Goh admitted that the show "catered more to women than men", she stressed that men would also benefit from watching "Ladies' Nite".

"The health tips on the show are useful to both men and women. Fashion tips like how to care for your clothes or coordinate colours will also be helpful to guys," said Goh.

Lai on the other hand, felt that guys should just catch the show simply because it can help them better understand the women in their life and improve their relationship with them.

"Guys need to watch this too, because you'd still have to get along with your girl friend, your wife your mother. If you [guys] think about it, there are a lot of women around you."

"Besides, behind every successful man is a supportive woman, so how can you (men) expect to be successful if you don't understand the women in your life [and get their support]!" said Lai, eliciting a chuckle from Chong.

"Ladies' Nite" airs every Tuesday night from May 3, 8pm on Channel U.

Tks Sanji86 for posting this artlcle on the show 'Ladies Nite' looking so forward to next tuesday and the show is 1 and half hours, yippee! can see Zoe til shiok shiok and also I rather like Fiona as she is quite a fashionable gal and sexy like Zoe is!

Lee Lin wrote:According to 8 days, Zoe and Fiona will be guests on the 1st episode of the programme called Ladies Nite, not sure if it is Ch U or ch 8. Do look out for it and dont miss it!

Yes, it is confirmed that Zoe Tay and Fiona Xie will be the guests to the 1st episode of Channel U's Ladies' Nite. Think they'll be involved in one of the segments, on how to care for bags.
Check this link for more info and pics: http://entertainment.xin.msn.com/zh/tv/channel-u/programmes/ladies-nite/photos.aspx?cp-documentid=4807023 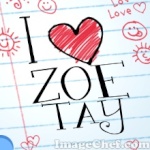 HELLO Karen Hung, it's been a very long time and I am very glad to see your post. Hope that other former fans will come back and liven up this forum, as this seems to be the only English forum for Zoe's fans.

Page 1 of 1
Permissions in this forum:
You cannot reply to topics in this forum
Latest topics
» Beauty show hosted by Michelle Chong & Vivian Lai